Active and passive voice in the Past perfect tense

Let’s understand in what situations we use the active and passive voice in the Past perfect tense.

When to use the active voice in the Past perfect tense?

We write sentences in the active voice of the Past perfect tense when we want to focus on the person/people who had performed an action in the past before another action or time.

In these examples, we are focusing on the person/people who had performed the action in the past.

When to use the passive voice in the Past perfect tense?

Note that we, generally, don’t add the doer of the action to the sentence as it is not important to the meaning of the sentence or is already understood. But it’s completely your choice to do so.

Active: We had trained them well.
Passive: They had been trained well (by us).

Active: They had copied all my answers.
Passive: All my answers had been copied (by them).

Active: The police had arrested him.
Passive: He had been arrested (by the police).

Active: Sam hadn’t helped us at all.
Passive: We hadn’t been helped at all (by Sam).

Active: We had not recorded the video.
Passive: The video had not been recorded (by us).

Active: She hadn’t bought anything at the store.
Passive: Nothing had been bought at the store (by her).

NOTE: If ‘anything‘ is the object of the verb in the active voice of a negative sentence, it will change to ‘nothing‘ in the passive voice.

Active: Had you called me?
Passive: Had I been called by you?

Ashish Sharma August 5, 2022 No Comments
This lesson helps us understand what a perfect gerund is, and how to use it in a sentence. What is a gerund in English? A gerund is …
Read More

What is a passive gerund in English?

Ashish Sharma August 2, 2022 No Comments
This post helps you understand what a passive gerund is (a gerund in the passive voice), and how to use it in a sentence. What is …
Read More

Ashish Sharma July 29, 2022 No Comments
This post helps us understand what an action verb is, how it looks like, and different types of action verbs in English. What is an action …
Read More

Ashish Sharma July 21, 2022 No Comments
This lesson helps you understand what a verb in English is, how many types of verbs we have, and how we use and identify them …
Read More 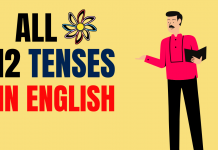 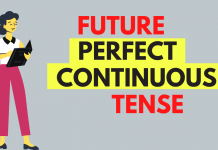